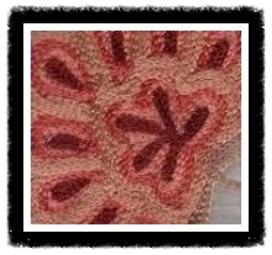 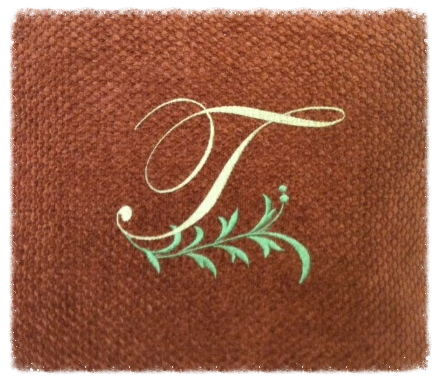 Both can read and sew out embroidery design files (of various types) with varying degrees of user input required depending on its capabilities.

For example sewing-embroidery machines generally only having one needle will require the user to change thread colors "on the fly" where as a multi-needle (industrial) machine having more needles can generally be threaded up all at once prior to running the design. This method also requires the user to input the correct color (needle) change sequence into the machine beforehand.

Before computers were affordable, most embroidery was completed by "punching" designs on paper tape that then ran through a mechanical embroidery machine. One error could ruin an entire design, forcing the creator to start over. This is how the term "punching" came to be used in relation to digitizing embroidery designs.

In 1980, Wilcom is thought by many to have introduced the first computer graphics embroidery design system running on a mini-computer. However, old timers often debate this. Melco created the first embroidery sample head for use with large Schiffli looms. This sample head became the first computerized embroidery machine marketed to home sewers. The sample head was needed to avoid sewing out the sample for the Schiffli loom and taking up valuable production time. Schiffli looms spanned several feet across and produced, lace, patches and large embroidery patterns. The economic conditions of the Reagan Years, coupled with tax incentives of the day for in-home business, helped propel Melco to the top of the market. At the Show of the America's in 1980 Melco showed the Digitrac. The original digitized design was produced at 6 times the size it would eventually be sewn out. The Digitrac consisted of a small computer, similar in size to today's Blackberry Devices, mounted on an X and Y axis on a large white board. It sold for $30,000. The original sample head with one needle sold for $10,000 with a 1" paper-tape reader, and 2 fonts. The digitizer would mark common points of the design to create elaborate fill and satin stitch combinations. Melco is the result of an international distribution network formed by Randal Melton and His partner Bill Childs. Melco patented the ability to sew circles with a satin stitch, arched lettering generated from a keyboard. An operator would "digitize" the design into the computer using similar techniques to "punching", to create a 1" paper tape, or later to a floppy disk. This design would then be run on the machine. The machine would stitch out the digitized design. Wilcom enhanced this technology in 1982 with the introduction of the first multi-user system that allowed more than one person to be working on a different part of the embroidery process, streamlining production times.

Recently Singer was acquired by Affiliates of Kohlberg & Co., L.L.C. ("Kohlberg"), a leading U.S. private equity firm specializing in middle-market investing, they also acquired VSM is a leading supplier of high-end consumer sewing machines and accessories under the Husqvarna Viking and Pfaff brands.

Saurer and Wilcom, Tajima, Brother, began to innovate. The early functionality of the computerized commercial systems were adapted and marketed to compaines such as Janome for home use.

As costs have fallen for computers, software, and embroidery machines, computerized machine embroidery has grown in popularity since the late 1990s. Many machine manufacturers sell their own lines of embroidery patterns. In addition, many individuals and independent companies also sell embroidery designs, and there are free designs available on the internet.