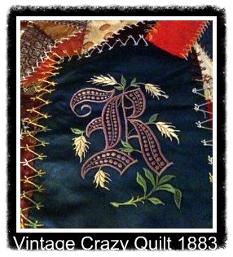 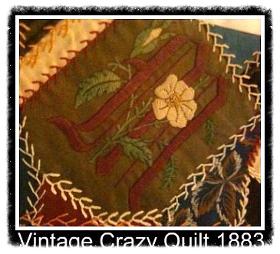 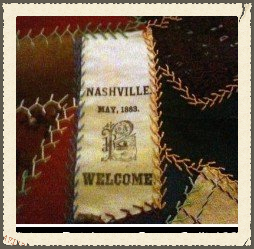 A Brief History of Embroidery and it's Origins

So what is Embroidery and it's origins? Because Pargatzi Embroidery LLC are professional embroiders, not professional writers we decided to add a selection of links for your embroidery education and enjoyment.

The History of Embroidery and It's Modern Development

"Most people associate embroidery with a boring way to fill up a housewife's daily life. The uninteresting procedure of producing a stitched picture on a cloth may seem to many uninitiated a sheer waste of time. But, once you learn more about it, you may come to discover how incredibly fascinating it is.

To begin with, embroidery has a long history, which dates back to more than 3000 years B.C. It is probably the first form of art, as man has used decoration with aesthetic purposes as early as the invention of the needle and thread themselves. What is more: you may not be aware but actually embroidery was a man's not a woman's invention! In ancient cultures from every part of the world, embroidery and needlework was regarded as a priority only for the chosen and talented boys. The embroiderers-to-be had to study the fine craft under the supervision of a master. It took them more than ten years' apprenticeship until they were approved to practice on their own.

Embroidery has not only a long history. The most amazing fact is that it had evolved simultaneously in almost every part of the world where people practiced sewing. Different cultures formed different embroidery types. The development of needlework also depended on the various materials used by a certain culture. The styles of embroidery, which different nations invented, were passed on generations to generations and many of them have survived till nowadays.
We know of the embroidery work practiced by the ancient Egyptians. It was done with white threads on a white canvas. This embroidery is so sophisticated that even nowadays the modern technologies have difficulty doing it the same way. Another type of finest quality was the Chinese silk embroidery, known as the two-sided embroidery. It is amasingly intricate and it takes years of hard efforts to complete. Also famous is the "raised" embroidery, practiced in the 16th century. It is better known as the Elizabethan embroidery. It involved stitching decorations like butterflies, leaves and other beautiful designs with the usage of wool, leather and wood padding. Still popular today is the Western European embroidery called crewel. This technique uses two-ply wool stitching on linen twill and is practiced when making decorations on different household cloths, such as counterpanes, wall hangings, draperies, chair coverings.

What strikes most in these embroidery styles is that they are incredibly difficult to produce and many people lose their patience before completing one canvas. Nowadays, embroidery has developed so far, that even the clumsiest novice can try and stitch something beautiful by using computer software or high-tech sewing machines. That makes things more pleasant for the new beginner. Despite the available technology, artistic embroiderers prefer authenticity and still spend their time doing everything themselves. The finest details cannot be produced by technologically-based machines, because embroidery is most of all a kind of art, and all art needs its talented artists."

The Bayeux Tapestry is technically not a tapestry (tapestries are woven), but a huge band of embroidered linen measuring 19.5 inches in width and 230 feet in length. Depicted on what is now beige fabric in eight colors are dozens of scenes of the Norman Conquest. The story it tells begins long before the Battle of Hastings, with Edward the Confessor sending Harold Godwinson on a mission to France, and ends with the Normans victorious at Hastings in 1066. There may have been more depicted, but the end of the tapestry is missing. Decorative borders along the top and bottom display scenes from fables, farming and hunting, and occasionally items related to the main story.

Origins and History of the Bayeux Tapesry:  Known facts about the  tapestry's creation are few.  It may have been comissioned by Bishop Odo (half-brother of William the Conqueror), whose name is one of the few that appears in the work.  It was probably made at Canterbury in Kent, where Odo was Earl after the Conquest, and it was aparently completed no later than 1092.  A recent tradition has it that William's wife Matilda worked on the embroidery herself, but there is no evidence to substantiate this.  It has undergone several restorations.

The first recorded mention of the tapestry is in 1476, when it was noted that it was used to decorate the nave of Bayeux Cathedral in France. Except for two brief periods (once during the Franco-German War and once during WWII), the tapestry has remained in Bayeux since the Middle Ages, and it can be seen there today."  Source: